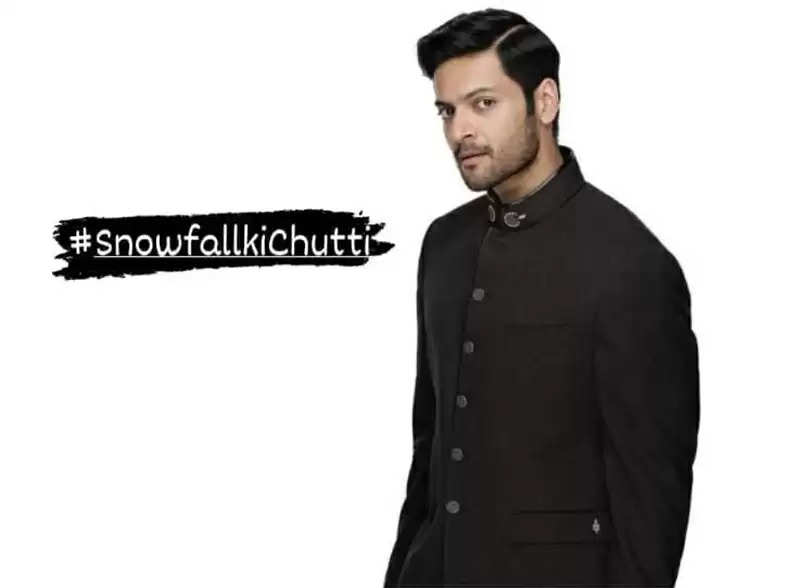 Popular Bollywood star Ali Fazal is trending on Twitter for the strangest of reasons. Guess what? He tweeted that he desperately wants to “get rid of snowfall” and then went all silent. Yup, not a word from him after that tweet. But this ambiguous statement by the actor has his fans all tied up in knots. They are all commenting on his timeline, wanting him to clarify his statement. Ali Fazal’s name and his wanting “snowfall ki chutti” are trending on Twitter right now.

But what is the reason behind Ali's cryptic post? Was he commenting on the weather? Or does he dislike being out when it’s snowing? Why is he talking about “snowfall”? Even more intriguing is his silence following that post. Was he hinting at something else altogether? Or will he surface again and give us a clue as to what he meant? 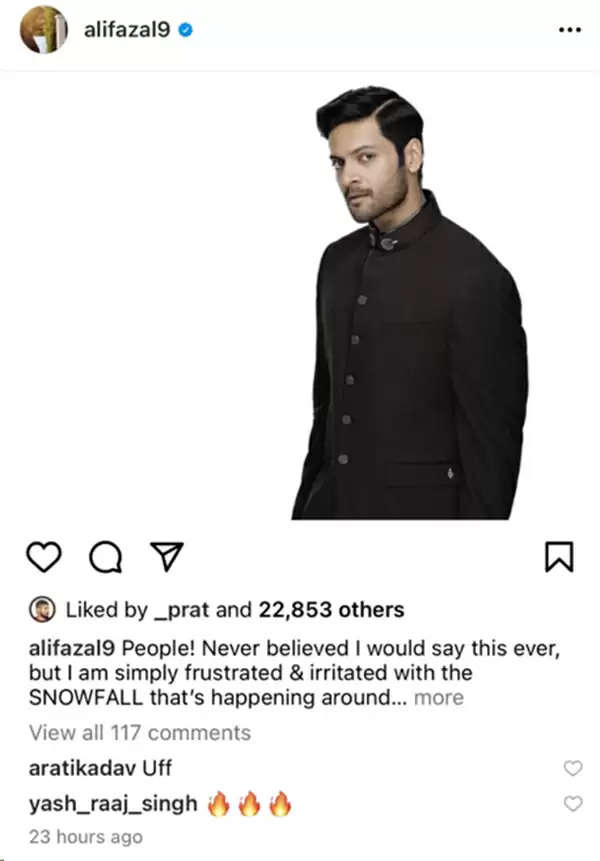 While everyone has been wondering what’s going to be Ali’s next move, his fans have started posting a series of speculation on Twitter and social media platforms. Some have said he could be giving us a hint about his role in an upcoming film, some said it could be the rumoured ‘new look’ for another movie. Some even went to the length of suggesting he was posting a secret-coded message to someone he loved!

Well, we might not know what he meant until Ali himself clears the air about the cryptic statement he posted online. We thought he might resurface to say something about all the speculation by his fans – either accept or reject them. But he hasn’t done that either. Meanwhile, his fans have started asking him what he meant by creating interesting memes and taglines such as #AliFazalEndsSnowfall. So much so, that the hashtag is now trending on Twitter! But the big question is, what is Ali talking about? Is it a hint about the location he’s currently shooting in for a movie? Is he stuck in a snowfall somewhere?

Come on, Ali, we want to know what you meant by wanting to banish “snowfall” forever. We’re waiting for you to reveal what you meant!

Dear friends finally heres The game we all waiting for is here #AliFazalEndsSnowfallpic.twitter.com/W86zWBEdR4

He will be never out of trend, jalwa hai yaha #AliFazalEndsSnowfall pic.twitter.com/0Vmhxv1PPX

And while we are waiting to know more, we ask all Ali fans out there to tell us what you all think about this post. We know you have been keeping track of Ali’s posts and movies – so you might just have the real inside scoop. So, come on, tell us what you think Ali Fazal meant. Or better still, ask him directly and know all the goss straight from the horse’s mouth!

Find out what he has to say and put an end to this huge suspense! Go ahead, ask him what he meant @Alifazal9 and use his fans’ hashtag #AlifazalEndsSnowfall to tag him in your comments.